That’s a major thought experiment in the philosophy of 2 whole continents (at least — I’m not an expert on philosophy), and the plot of the entire Matrix trilogy of movies.

In other words, it’s been mulled over, talked about, had entire libraries written about, and been stretched to screaming point across three over-wordy films.

If you’re interested, start with Matrix 1. It’s probably enough on its own. Then, check out William James, especially on perception and psychology, then take a deep dive into the Ancient Greeks. I’m sorry I’m not terribly familiar with Asian philosophy, but I think Chuang Tzu would be a good place to start.

Oh, they’re controlling the border, are they?

NOT IN MY IRELAND.

So, I pootle 15 minutes down the road to Pettigo, stand on the other side of the bridge, and fart in their general direction.

Contact St Mary’s Institute of Historical Research, and inform Dr Bairstow that the lost Number Four pod has been located.

23 hours and 40 minutes afterwards, I would get in my car (with all my knitting gear, books, and offspring) and pootle off across the border for an extended stay in the ancestral homestead.

Then I’d get on Quora and find out how to access healthcare, etc.

I might stop on the border, to treat you to a display of the finest in vulgar hand signals while dancing the Hokey Cokey. Na na, can’t get me!

You know, the idea that Ireland might, in some parallel universe, have remained part of the UK (NB: not Empire) is so bizarre that I’m having real trouble considering it. And I’m a pretty imaginative person. Zombies? Fine. Aliens? Gotcha – I’ll even work with lifeforms we might not recognise as such. Matriarchal society? Easy-peasy.

I guess that puts paid to the multiverse theory…

If… no, that couldn’t happen.

How about…No. A thousand times no.

The best I can come up with is some kind of Israeli-Palestinian scenario, where any serious unionist/loyalists would have relocated to GB, though there might be a few heavily-policed enclaves.

However, I’m not sure if Britain could have won WWII, fighting on two fronts (Ireland and Germany) from the get-go. The US would presumably still have got involved, thanks to Pearl Harbour, and the Nazis would probably have been defeated by the US and USSR. The whole character of the postwar world could be different. The USSR could well have rolled over all of Europe, and therefore owns all Europe’s colonial possessions in Asia, Africa, etc. The US, only a superpower by virtue of its geographical isolation, would keep its head down and a watchful eye on Soviet Canada. There might not even be an Israel. Of course, the Soviets wouldn’t put up with Irish terrorism or independence demands, so the Israeli-Palestinian scenario above would probably have been crushed early on.

Marxism at its most basic is founded on the principle of sharing – a skill so valuable to society that we teach it to our infants, before reading, arithmetic, or using the potty. In practice, its influence can be seen in the benign social democracy practised in much of Europe, to oppressive oligarchies that are effectively state capitalism.

Nazism is founded on the ideology of racial purity and ‘otherness’. It was the anti-democratic one-party totalitarian dictatorship practised in Germany in the 1930s and early 1940s. Barring time-travel, it would not be possible to live under Nazism.

As a European, I can attest that Marxist-influenced social democracy is quite a pleasant system to live under. As a (formerly) healthy and fit blonde female who is not maternal, has a Jewish name and a tendency towards thinking, I would have lived on a knife edge of terror in Nazi Germany.

Before publishing and claiming my $6m, I’d probably extract, read, try to understand, and then roll around in ecstasy on the Riemann’s hypothesis proof. Because I just love me some Riemann.

Although – I might hide that proof, and not claim the $1m. The possibility of predicting primes represented by it could be the end of secure systems everywhere, and I’d rather be able to keep $5m safe than have $6m and possibly lose it all.

That, and the rolling around on it.

More specifically, a war that involves 90% of the world’s population, and happens to break out on your homeland

I’d be jolly surprised if WWIII broke out in my country, because Ireland is neutral.

OTOH, if the nuclear football has AutoComplete on its targeting software, Ireland has the same two first letters as Iran and Iraq, so …. I wouldn’t do anything, because I’d be just so much radioactive dust.

Otherwise, I think I’d be fine. I have an open fire in my house, a quarter-share in a turf-bog, nearby forestry and water, and a nice big paddock in which I could grow vegetables and maybe keep a sheep or a pig for slaughter and some chickens. There’s a donkey sanctuary near me, and they’d probably let me have one for transport – it could share the paddock with the sheep and the pig. I knit, crochet, spin, felt, and sew, so I’d be okay for clothes – shoes might be harder if supplies run out, but I know someone who can make Viking-era shoes from raw leather.

I’m not sure how I would manage without my meds if it got to the point that the healthcare system disappeared – I could probably make a painkiller from willow bark, but thyroxine would be more difficult. And yucky. I’d miss coffee, but could have a bash at making a substitute from acorns. I have oodles of books, including tech and professional books, so the offspring would get an education, and I might not go stark staring mad as quickly.

If the country did get overrun, I’m too old to join up and fight, but I’m a good shot and have a fair idea of where I could get my hands on some shooty-bang-bangs. Also, you know how kids can be about dinosaurs, the obsession and all-knowingness? That was me about military battles and campaigns (and not just because dinosaurs roamed the earth when I was a kid, and were, like, BBOOOOORRRINNNNG), so I could probably plan a defence at least. Lots of big holes and paling posts, for starters: 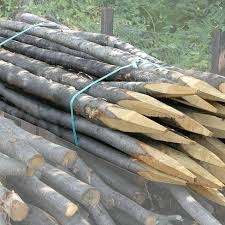 And, courtesy of the Troubles and high-school chemistry, I know roughly how to make explosives from my kitchen cupboard (well, from the nearest farmer’s shed, really).

So the first thing I would do would probably be, have a cup of coffee and start planning. And print everything off the internet that I could think of that might be useful.

Bring the USA into the 21st century with universal healthcare.

This theme has been explored via multiple characters in the ever-excellent Hugh Howey’s I, Zombie. Be warned, it’s one of the most horrific zombie books out there.

When it happened to me, I struggled on for ages until I had no choice. Then I went to my doctor, got a heap of blood tests done (practically a whole armful of blood!) and got diagnosed. On meds, all better. No mindless cravings for chocolate. I mean, brains, obviously. Chocolate brains.

What does a vegan zombie say? “Graaaaaiiiiiiiiiinnnnnsss…”