I have memory problems – working-memory deficient dyslexia, resulting in my dependence of my long-term memory. But if something gets coded into my long-term memory, whether it’s a shopping list or a dream or an actual real event, it’s there forever – and it “feels” the same as a memory for a real event.

So I find that, for example, I have a strong memory returning an important form to my son’s school – of giving him the form, of posting it to the school, or handing it in personally at reception – when in fact what I have is only a memory of a reminder to myself that I need to do so, and the form is in fact sitting on the kitchen table, waiting to be signed.

I also have a really lovely memory of having a big grey horse called Whistler, of caring for him and riding him all over our farm as a child and teen. It really hits me in the feels, remembering good old Whistler, and his fondness for carrots, the smell of him, and how I held his big whiskery head when he died of old age.

All a dream, though. Whistler never existed. The last horse we owned was a bay called Ned, who died when I was a baby.

If I’m lucky, I can follow one of the pseudo-memories through my mind until zombies or space aliens turn up, and then I know it was all a dream. But sometimes even that isn’t enough, and I wind up sobbing all over a friend who I last saw being shot by the Chinese Army after they invaded the UK.

My sister is my aide memoire. She’s quite used to me ringing or texting, “Is Aunt So-and-so still alive? Do I need to send a Christmas card?” because I genuinely am not sure if I dreamt the funeral or not. She thinks it’s hilarious, the bitch.

Nope. That sounds like a “you” problem, not a “them” problem.

Pro-tip: if you’re getting the same negative reaction from everyone – or even from just most of them – then you are at fault, not them. This also applies to your “feelings” about what they think of you.

It seems to me that you are framing your interactions with professionals as the same as your interactions with your friends and family. You are regarding those interactions as “personal”. They are NOT personal. They are professional. A doctor is not, and is not obliged to be, your friend. They are there to make you better, by the most efficient way possible. It is NOT efficient to give you the time to expand on your worries and fears, and to get to know you on a personal basis. It’s also not usually possible to do this, as most doctors have time limits on their appointments. I knew an obstetrician whose consultations lasted 3 minutes, after which he passed his patients on to one of his staff of midwives, ultrasound technicians, etc. Most UK general practitioners have 8-minute appointments. For specialists, the appointments can be longer – psychiatrists usually have 60-minute consultations. Regardless, the doctor who spends more time getting to know you is doing so at the expense of their other patients, and often at their own expense.

Hypnotism may work on men of lower intelligence, at least temporarily.

Some forms of brain damage can alter behaviour, but this method is

Alternatively, ignore this guy, and find one who appreciates your personality to begin with.

Gloria Hunniford, the tv presenter, once said that her trick to appearing personable was, as the camera countdown got to 1, to breathe in and SMILE. This gave the appearance that she was spontaneously smiling on ‘seeing’ the television viewer.

There are very few pictures of her not smiling, but the few that do show that her normal facial expression is Resting Bitch-Teacher Face – that terrifying teacher who could flay you alive with a raised eyebrow.

Link
This was pretty much my life for about 12 years – where’s my $1 million?

Now I have a son, and I wouldn’t miss cuddles for anything.

I got removed from his class by the principal for having a crush on him, but when I still had his class he would stare at me and tease me. But after I got removed the staring got worse. I was across the gym from him and every time I looked over at him he was looking At me. We make eye contact too.

As a teacher, a student with a crush is a ticking bomb that could destroy my career.

The poor man is probably terrified that you are going to do something stupid, which will ruin his life. He’s most likely not trying to make eye contact, he’s checking to make sure you are nowhere near him.

Back off. Nothing good will come of this – not for him, and not for you.

People get divorced now because they can.

I was born in Ireland, a country where divorce was not permitted until 1995. Until then, unhappily-married people had a choice of living together miserably, or risking social disgrace, and often more tangible consequences such as job loss, by abandoning their spouse, perhaps to live in sin with someone else, whom they could never marry unless their first spouse died.

I knew people who left Ireland to obtain a divorce in other countries, in order to marry someone else: it entailed substantial upheaval for a number of years, living and working abroad to get the right to divorce, remaining there for the divorce and then to re-marry, often without family and friends in attendance. I knew a girl at school whose father had chosen to abandon his family, who pretended that he was in the Gardaí (At the time, Gardaí couldn’t serve where their family lived). We all knew the truth, but let her pretend anyway – sad, when you look back on it. I also know a father who refused to attend his daughter’s second wedding after the Irish divorce referendum passed: her first husband was a violent drunk, but her father never forgave her for divorcing him.

People may go into marriage now with less care than in the past, and might be less prepared to work at the marriage, but it’s a great deal better than not having any other option.

Before you speak, think about how you’d feel if someone said the same things about YOU.

If it would make you feel good or just ‘meh, whatever’, you’re fine. If you’d be hurt or offended, keep your trap shut.

We are a couple with 3 kids (9, 6, and 3 years old) moving from Ottawa to Belfast UK. I have two years work experience. We have an average lifestyle, i.e., we eat outside twice a month, kids takes swimming classes, so nothing luxury. We will be renting for the first year or two.

That’s roughly my family income when I lived in Birmingham, which is pricey compared to Belfast. It was a comfortable income for a mortgage and some frills.

Rent in Belfast varies a lot – from £395 pm to over £2,000 – but there’s plenty to choose from for such a small city. Public transport was pretty good when I lived there (1984–1995), though with many of the usual complaints about lateness, etc. Driving has become difficult in recent years, I believe, with significant congestion at commuting times. Car insurance rates in Northern Ireland are typically lower than the rest of the UK (mine dropped from over £500 a year in Birmingham to just over £200 in Northern Ireland).

Some things can be dearer in Northern Ireland, such as the cost of heating and electricity. Many houses have pre-pay electricity meters, which cost less than billed electricity – as well as having the advantage of never having a bill! The range of foodstuffs might not be as great as you’re likely to be used to in Ottawa, but it is reasonably priced, and there are plenty of low-cost shopping options. Surprisingly, greengrocers and butchers can be better value than supermarkets for the same goods.

Schools are generally good. Northern Ireland schools compare very favourably to schools in the rest of the UK. Healthcare operates under the same system as the rest of the UK – free at point of need – but with no prescription charges. You will need to sign up with a GP practice and get a medical card, but you don’t need to carry the card or present it to obtain services. Things are a little up in the air at the moment, so I’m not sure if there’s a waiting period for immigrants (during which you’d need private healthcare insurance). However, if you’re working and ‘habitually resident’ in Northern Ireland, I don’t see why you shouldn’t be able to sign up straightaway.

If you know roughly where you will be based for work, it might be easier to get more pertinent local advice.

I am a man with red hair. I’ve found in person encounters that many women are not attracted to redheads. I am curious, from womens prespective mostly. What do you think of redheads?

From other men, it’s probably jealousy. Red-haired men are the peacocks of humanity. 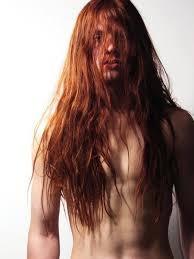 From women… I don’t know. Were these women drunk? Alcohol can severely lower a person’s taste. 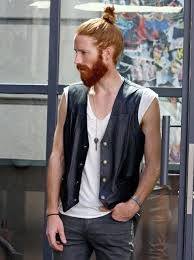 Or blind? Blindness would also limit the red-head’s appeal. Or maybe they just already had all the red-haired men they could handle. You could put a kilt on it. Kilts make everything better. 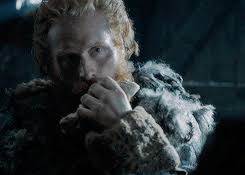